Minsky's Solution to the Problem of Consciousness: Higher-Order Processes 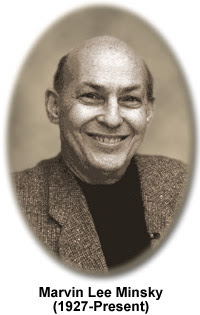 There are philosophers and scientists who believe that “the problem of consciousness” is solved.


One example is Marvin Minsky.


Or, more specifically, in response to John Horgan's claim (in his The End of Science) that there are “those who doubted whether computers could be conscious”, Minsky claimed that “consciousness is a trivial issue”. Moreover, he said: “I've solved it, and I don't understand why people don't listen.” (184)


Minsky's definition of “consciousness” is very simple and very counter-intuitive. Or perhaps it seems that way simply because I've never really heard it before. That is, I've never heard anyone define consciousness is such a specific and peculiar manner.


“computer programmes such as LISP, which have features that allow their processing steps to be retraced” are, according to Minsky, 'extremely conscious'” (184).


Prima facie, in Minsky's account there are two things which are either being correlated with consciousness or which are being said to actually constitute consciousness: memory and what philosophers call “higher-order thoughts”.


It's clear that memory is certainly part of Minsky's picture. After all, he talks about “short-term memory” and “keeping records”.


In a sense, higher-order thoughts (or at least higher-order processes) tie in with the idea of memory in that memories can be about prior thoughts, processes and experiences.


So, yes, computers “keep records” of their previous computations or processes (as do humans). More specifically, programs such as LISP are said to “allow their processing steps to be retraced”. And that, according to Minsky, makes them “extremely conscious”.


The first response to this is to say that memory and higher-order processes are aspects of consciousness. They don't actually constitute consciousness.


In other words, is Minsky making a claim here of numerical identity (or definition)? Is he saying? -


It may indeed be the case that I'm getting bogged down with metaphors and analogies here in that phrases such as “processes are accompanied by consciousness” and “acts of memory are part of consciousness” may not be conceptually appropriate. They may not even make sense.


Nonetheless, there still seems to be something wrong with saying that consciousness simply is memory or higher-order processes (thoughts).

Posted by Paul Austin Murphy at 07:26