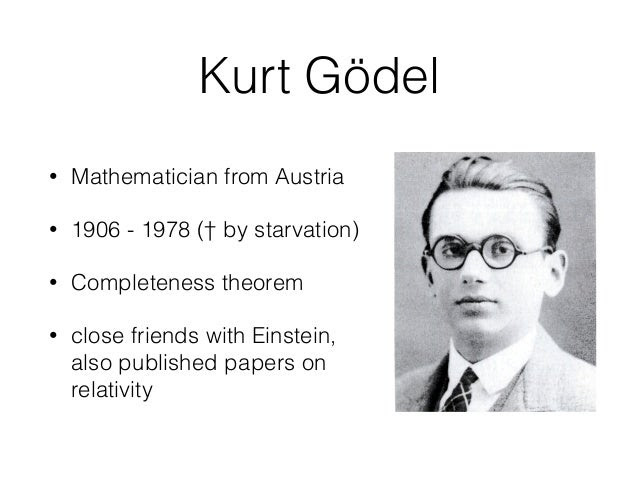 It's often asked whether or not Kurt Gödel's theorems can be applied outside mathematics. John Horgan certainly applies them to the theories of physics. Or, more accurately, he writes that


In more detail: Godel established that "any moderately complex system of axioms inevitably raises questions that cannot be answered by the axioms". Then Horgan moves onto to say that the “implication is that any theory will always have loose ends”.


Many scientists accept this application of Godel's theorems to physics, including Moravec, Roger Penrose and Freeman Dyson. The latter says:


“Since we know the laws of physics are mathematical, and we know that mathematics is an inconsistent system, it's sort of plausible that physics will also be inconsistent.” (254)


Thus what we have here is a logical argument:


i) Physics is mathematical.


ii) Mathematics is an inconsistent system.


iii) Therefore physics must be an inconsistent system (or simply incomplete).


The only problem here is seeing the entirety of mathematics as a single system (which itself incorporates systems). Perhaps it is.
Posted by Paul Austin Murphy at 03:11