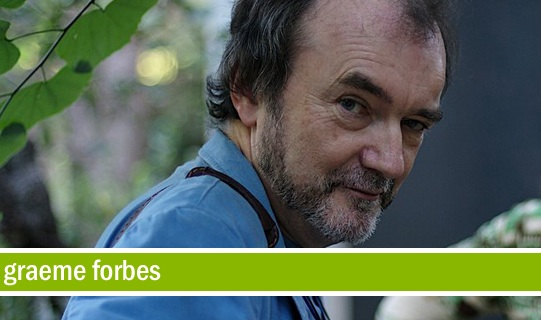 
We still only have names and words and not any concrete/ objects referred to by the names (or words). We've created a referential structure which doesn't rely on concrete/abstract objects/conditions outside the statement.


It's not clear why we should have (or need) a name “‘Tony Blair’” which only refers to the word ‘Tony Blair’. It simply seems like a means to get us away from the self-reference of Forbes own inscriptions.


In Forbes’ own example


it initially seems that ‘Istanbul’ can hardly be seen as a name at all. In that example the name (with double quotes) “‘Istanbul’” refers to the word ‘Istanbul’ (with single quotes). Is it a name? If “‘Istanbul’” only refers to the word ‘Istanbul’, then why use the specific name “‘Istanbul’” at all? If no concrete/ abstract objects are referred to (at least in these examples), then we may as well substitute it with the made-up name “‘Slinmp’” ( which can refer to the word ‘Slinmp’). It makes no difference to the content of Forbes’s example in which a name refers to a word. The actual city of Istanbul is completely irrelevant to Forbes’s position.


Does that mean that my own “‘Slinmp’” can also be a name? It can refer, after all, to the word ‘Slinmp’. Though unlike Forbes’s “‘Istanbul’”, there's no actual concrete/abstract entities that can match up with the name “‘Slinmp’”. In that case “‘Slinmp’” is truly an inscription (which happens to begin with a capital letter); whereas the name “‘Istanbul’” could, I suppose, eventually (after it has passed through the word ‘Istanbul’) take us to the city of Istanbul. Though could it?


Forbes could have also used the name “‘Drooting’”. That too has eight letters. There would have been no loss of content to Forbes’s general argument about names and words. His choice of “‘Istanbul’” as a name may simply put people off the tracks Forbes himself is trying to mark out. With my “‘Slinmp’” and “‘Drooting’”, on the other hand, there's no chance of a concrete/abstract referent because these words are simply meaningless arrangements of letters without content.


Thus in my example we can’t really have a referent of a name that's a word: we can only the inscription's self-reference. In my case


we can say that the name “‘Slinmp’” refers to the word ‘Slinmp’.


Can the word ‘Slinmp’ also refer to the name “‘Slinmp’”? Why is the word a word and the name a name (in Forbes’ system) when we aren't talking in terms of any concrete/abstract referents of the words and names? Surely you can only have a name of a word if that word is itself also a name of something. (Or at least a word that refers to concrete/abstract objects other than itself.) Thus if Forbes's name refers to the word, why can’t that word refer to the name? If that were the case, then we wouldn’t be able get outside this world of inscriptions. (That's the case even if some inscriptions are called 'names' and others are called 'words'.) My (pure) inscriptions, on the other hand, are neither words nor names. That is, unless we take self-reference to be a genuine kind of reference.


Similarly, it may follow from this that if a reference-relation is to be genuine, then the referents of sentences, words, names, etc. must refer to something other than themselves. Again, this is certainly seen to be the case (by various philosophers) when it comes to analysing self-identity as some kind of genuine property. If self-identity (of persons or objects) isn't a kind of property, then perhaps self-reference isn't a kind of reference. Thus it would follow that purportedly self-referential sentences or names wouldn't have the property self-identity either.


Forbes, Graeme. (1996) 'Substitutivity and the Coherence of Quantifying in'

Posted by Paul Austin Murphy at 03:32