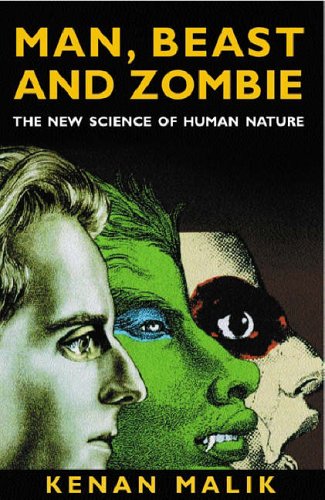 This is a commentary on the ‘Extended Mind’ chapter of Kenan Malik’s book Man, Beast and Zombie. (Read an account of this book here.)

Kenan Malik offers us a basic argument; which I’ve simplified using his own words:

i) The “human mind is structured by language”.

iii) Therefore: “The mind is itself is public.”

Malik characterises “computational theory” (and quoting Hilary Putnam) as one that

“suggests that everything that is necessary for the use of language is stored in each individual mind”.

Thus Malik’s quote from the American philosopher Hilary Putnam (1926–2016) (that “‘no actual language works like that [because] language is a form of cooperative activity, not an essentially individualistic activity’”) may not be to the point here. Indeed I find it hard to see what a non-cooperative and individualistic language would be like — even in principle. That must surely imply that Malik (if not Putnam) has mischaracterised Fodor’s position. Another way to put this is to say that Jerry Fodor (1935–2017) was as much an anti-Cartesian and Wittgensteinian as anyone else. The Language of Thought idea and “computational theory” generally aren’t entirely individualist (i.e., in the philosophy of mind sense) when we take them beyond their physical and non-conscious reality. How could they be?

There’s an analogy here between this and the relation between DNA and its phenotypes (as understood in very basic terms). Clearly DNA is required for phenotypes. However, DNA and phenotypes aren’t the same thing. In addition, environments (not only DNA) also determine the nature of the phenotypic expression.

As I hinted at earlier, Malik’s position hints at a debate which has involved Jerry Fodor, Hilary Putnam and Noam Chomsky.

Malik rejects Fodor’s internalism (or individualism); as already stated. It was said that Fodor believed that something must predate language use. So let Fodor explain his own position. Thus:

“My view is that you can’t learn a language unless you already know one.”

Fodor means something very specific by the clause “unless you already know one”. As he put it:

“It isn’t that you can’t learn a language unless you’ve already learned one. The latter claim leads to infinite regress, but the former doesn’t.”

In other words, the Language of Thought isn’t learned. It’s genetically passed on from previous generations. It’s built into the brains of new-born Homo sapien babies.

“[Fodor] contends that such a computer, if it ‘learns’ at all, must have an innate ‘programme’ for making generalisations in its built-in computer language.”

Secondly, Putnam tackled Fodor’s rationalist — or even platonic — position in which he argued for innate concepts. Putnam continued:

“[Fodor] concludes that every predicate that a brain could learn to use must have a translation into the computer language of that brain. So no ‘new’ concepts can be acquired: all concepts are innate.”

Meanings Ain’t in the Head

Because Malik argues that references to natural phenomena are an externalist affair (as well as sometimes scientific), it may follow that non-scientific individuals may not know the full meanings of the words, meanings or concepts they use. As Putnam famously put it: “Meaning just ain’t in the head.”

Malik gives the example of the words “ash” and “elm”. Ash and elm trees are natural phenomena. In addition, their nature is determined — — and perhaps defined — by their scientific nature. In other words, the reference-relation isn’t determined by the appearances of elm and ash trees. This results in a seemingly counterintuitive conclusion. Malik writes:

“Many Westerners have a distinct representation of ‘ash’ and ‘elm’ in their heads, but they have no idea how to distinguish ash and elm in the real world.”

I said earlier that references to ash and elm trees can’t be fully determined by appearances. However, they can be fully distinguished by appearances. But that distinction wouldn’t be enough to determine a reference-relation. The scientific nature of ash and elm trees must also be taken into account. Thus when it comes to the reference-relation to what philosophers call “natural kinds” and other natural phenomena, the

“knowledge of gardeners, botanists, of molecular biologists, and so on, all play a crucial role in helping me refer to [in this instance] a rose, even though I do not possess their knowledge”.

Malik backs up his anti-individualistic theory of language and mind by offering an account of reference which owes much to Kripke and Putnam — certainly to Putnam.

Prima facie, it may seem that reference is at least partly individualistic (or internalist). That is, what determines our words is some kind of relation between it (as it is the mind), and that which it refers to (or represents). This means that reference isn’t only a matter of the individual mind and the object-of-reference.

Malik, instead, offers what can be seen as a scientific account of reference.

Take his example of the (as he puts it) “mental representation” of DNA. (Does Malik mean word word/initials “DNA” here?) The reference-relation between “DNA” and DNA isn’t only a question of what goes on in a mind (or in collective minds). Indeed

“your mental representation of DNA (or mine) is insufficient to ‘hook on to’ DNA as an object in the world”.

There’s not enough (as it were) meat to make a sufficient reference-relation between “DNA” and DNA in individual minds alone. Instead the scientific nature of DNA determines reference for all of us — even if we don’t know the science.

The reference for the word/initials “DNA” is

“socially fixed and not determined simply by conditions of the brain of an individual”.

Of course something that’s scientifically fixed is also “socially fixed”. DNA may be a natural phenomenon; though the fixing of the reference between the word “DNA” to DNA is a social and scientific matter.

Fodor, Jerry. (1975) ‘How There Could Be a Private Language and What It Must Be Like’, in (1992) The Philosophy of Mind: Classical Problems, Contemporary Issues.

Putnam, Hilary. (1980) ‘ What Is Innate and Why: Comments on the Debate’, in (1992) The Philosophy of Mind: Classical Problems, Contemporary Issues.

Posted by Paul Austin Murphy at 06:32