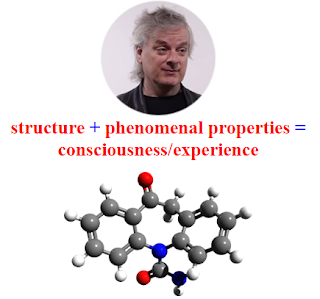 David Chalmers puts the structuralist position (in the philosophy of physics) when he writes:


However, he adds a vital conclusion to all that. Namely: “The intrinsic nature of physical entities is left aside.”

At an intuitive level, Chalmers seems to be bang on. Relations - so it's said - must depend on relata. Indeed the very word “relations” is surely relative to things or to the phenomena which sustain the relations. (There's tons of stuff on this issue.)

This fixation on relations or structure is the case for two other reasons.

i) The words “intrinsic nature” have come to be almost synonymous with Kant's word “noumenon” (at least in certain contexts). According to Kant, noumena can't be known, experienced or even - in certain respects - commented upon. That may mean that an intrinsic nature/property may also be like Wittgenstein's “wheel that can be turned though nothing else moves”. That is, it may be “a difference which doesn't make a difference”.

“[A]n epistemic structural realist may insist in a Kantian spirit... there being such objects is a necessary condition for our empirical knowledge of the world.”


You can sum this up with a simple Kantian question:

If there are no noumenal objects (which ground our representations, models, theories, etc.), then what's it all about?


Even if our representations, models, theories, "posited objects", etc. don't somehow represent objects, properties, conditions, etc. (or if we didn't have any “noumenal grounding” in the first place), then surely we'd have precisely nothing. As Ladyman and Ross put it (almost quoting Kant word-for-word):

“[T]here being such objects is a necessary condition for our empirical knowledge of the world.”


Or as Chalmers himself puts it:

“[O]ne is left with a world that is pure causal flux (a pure flow of information) with no properties for the causation to relate.”


So, again, we certainly don't mirror nature or objects. We may not even represent nature/objects; though we must capture something.

“[W]e shall argue that in the light of contemporary physics... that talk of unknowable intrinsic natures and individuals is idle and has no justified place in metaphysics. This is the sense in which our view is eliminative...”


In a certain sense, even Kant realised that his noumena were “idle”. Yet he also believed that noumena are necessary in terms of metaphysics and important in terms of human "reason". In his Critique of Pure Reason, Kant wrote:

“[T]he concept of a noumenon is necessary, to prevent sensible intuition from being extended to things in themselves, and thus to limit the objective validity of sensible knowledge.


To put the case very simply. There are two main positions which one can adopt here:

i) There are indeed objects (or noumena); though we can never have access to them.


ii) If we can't have access to objects as they are “in themselves”, then why not drop such objects completely from the picture?

Chalmers also states the structuralist conclusion – just mentioned - when he says that “[s]ome argue that no such intrinsic properties exist”. However, Chalmers isn't happy with that. He states that if the structuralist position is correct,

“then one is left with a world that is pure causal flux (a pure flow of information) with no properties for the causation to relate”.


Prima facie, that seems to be correct. However, there's also a response to that.

Two positions against intrinsic properties/natures have only just been highlighted above. They're relevant here too. Thus:

i) There may be something that accounts for the “causal flux” which Chalmers mentions. Though it's noumenal. Mathematical physics, on the other hand, can only describe and explain that causal flux in terms of structures, models, relations, etc.

ii) Nothing underpins the causal flux.


As just stated, Chalmers accepts what he - and many other philosophers - call “intrinsic properties”. (Or at the very least he accepts the possibility that such properties exist.) However, that's just the beginning. He also writes:


Of course it's a huge jump from the acceptance of intrinsic properties to seeing those properties as being phenomenal. However, because Chalmers ties the phenomenal to information, then perhaps that jump isn't quite so huge. On certain readings of the word “information”, it's almost by definition true that physical properties (or structures) will contain information. Thus, on Chalmers' own reading, if they contain - or are - information, then they must be phenomenal in nature.

Chalmers further augments his case by talking about causation. He writes:

Nonetheless, Chalmers doesn't commit himself entirely to these “suggestive” speculations. He finishes off by saying that this

“metaphysical speculation is probably best ignored for the purposes of developing a scientific theory, but in addressing some philosophical issues it is quite suggestive”.


At least Chalmers confesses that all this stuff is “speculation”. Yet speculation isn't automatically a bad thing. It's the lifeblood of much physics and also plays an important part in the other sciences.

Thus it's worth asking Chalmers exactly why he believes that these speculations are “probably best ignored for the purposes of developing a scientific theory”. The answer to that is that it's probably because there's no experimental or observational evidence for them. Technically, it's by definition that intrinsic properties are beyond observation/experimentation and therefore also beyond the domain of physics. (Though what of the just-mentioned vital role of speculation in physics?) That's why such properties are rejected by ontic structural realists and other kinds of structuralist in the philosophy of physics.

Example: The Structure of Silicon and Neurons

When Chalmers compares silicon chips to neurons, the result is very much like a structuralist position in the philosophy of physics; though one applied to experience/consciousness and the brain.

Biological matter is certainly very complex. Silicons chips are't that complex. (Or are they?) Remember here that we're matching individual silicon chips with individual neurons: not m/billions of silicon chips with the the billions of neurons of the entire brain. However, neurons, when taken individually, are also highly complicated. Individual silicon chips are much less so. However, all this rests on the assumption that complexity - or even maximal complexity - matters to this issue. Clearly in the thermostat or single-celled organism case at least, complexity isn't a fundamental issue or problem. Simple things exhibit causal structures and causal processes; which, in turn, determine both information and - according to Chalmers - very simple phenomenal experience. 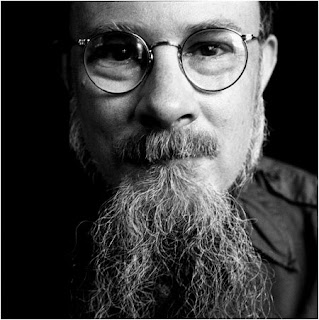 It can be said that David Lewis's picture is very different to the various structuralist positions found in the philosophy of physics. In Lewis's view, not only are things (or “space-time points”) paramount, so are their “intrinsic properties”. This may square well with David Chalmers' position not only on the ontological existence of the phenomenal/experience; but also of its vital importance and omnipresence.

In any case, some metaphysicians tell us that there's a difference between properties which objects have independently of any external factors acting upon them (i.e., intrinsic properties) and properties which are deemed to be the way they regardless of what's external to them (i.e., essential properties). In Chalmers's scheme, intrinsic properties are very relevant precisely because they're phenomenal and therefore may/do have a role to play – at least in human consciousness (if not in atoms or thermostats).

David Lewis also defended intrinsic properties in a way which makes them things eminently unsuitable for structuralist accounts of phenomena. His position also helps the panpsychist - or Chalmers' - case.

Finally, there may not be a philosophical - or even a scientific - clash between the existence of intrinsic properties and the accounts of phenomena in terms of structure. This would work well for Chalmers' intrinsic phenomenal properties.

Thus what about the category of “intrinsic relations”?

Intrinsic relations are said to determine - or even constitute - objects. In other words, they're fundamental to the objects which have them. Thus, in terms of consciousness or experience, it's the brain which “has” or contains these phenomenal and intrinsic relations. Experience/consciousness may therefore be a fundamental property; rather than an emergent (or a non-physical) property.

Posted by Paul Austin Murphy at 15:27